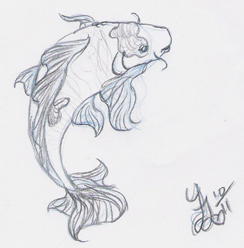 This week I wanted to teach counting in Japanese, as well as a little more!

By the way, to say Japanese as far as the Japanese Language goes you would say Nihongo! Nihon (Knee Hoh N) Go (Goh)

English would be Eigo (Eh E) Go (Goh) Though sometimes it’s slurred and sounds like “Eh go” Like the waffle! Ego 😛

Also, for a Japanese person you would say Nihonjin! Which is basically Japan Person as jin = person.

Someone from America though would not be Eijin, we’d actually be Amerikajin! So, if someone was to ask you Amerikajin desu ka? Do you know what they’re asking?

If you remember that Ka asks a question, and desu is basically is/are then you’re being asked here “American are?” or “Are American?” The ‘you’ is something dropped, otherwise you may here “Anata wa Amerikajin desu ka?” which translates to “You American are?” well, the literal translation anyway! They’re asking “Are you American?” here!

You could answer with a simple Yes or No here if you really want, or you can be more specific. “Hai, Amerikajin desu!”  or “Yes, I am American!”

For today, I think that’s enough. Next week I will teach how you would count up in numbers to 100! It’s actually not too hard at all. ^_^
Hopefully you’ve enjoyed the little Japanese lesson today! Can you put the counting into practice? Is it confusing to pronounce? Should I try doing a video lesson?
Let me know in the comments below! I LOVE x100 comments from everyone!
Ja matta ne!