Stem box is a box designed to bring STEM experiments to girls, since growing up the founder noticed far more science kits for boys than girls.

That doesn’t mean boys wont enjoy Stem box too though.

There are 4 plans available for the Stem box:

Save 20% off with code: OHAYOSTEM   just for my followers! ♥

We were sent five Stem Boxes, two of them were the same. Which caused some tension with the kids. >.> Ahh kids.

The most popular boxes we got were the Optics Box (Kat picked this), Yeast Box (Lisi took this) and Bacteria box. The other two boxes were shark boxes. Risi just wanted to play with the stuffed shark, so getting her to do the experiments sadly didn’t work. She’s 3 1/2 though, so… I am not too surprised.

Var.. has still not wanted to do his Shark box. So I’ll probably buy him a past box to see what he thinks of a different experiment. Yeah.. I shouldn’t reward picky behavior but I agree with him that the boxes the big girls picked were a fair bit cooler for what he’d like to do compared to the Shark box. Not that it wasn’t cool, just not.. 12 year old boy cool? 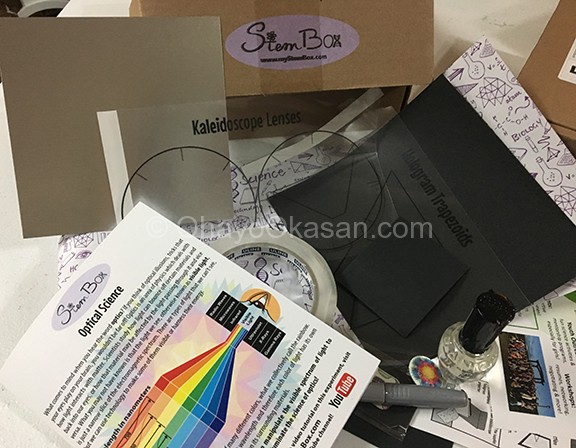 This was the Optics box, I failed to get pictures when Kat was doing experiments because I was laying down when she was. I DID get to see how awesome the hologram experiment was when she did it! She was really pleased with that one too. I’d seen it done before, but had never tried it out. Kat was thrilled about how well it worked. 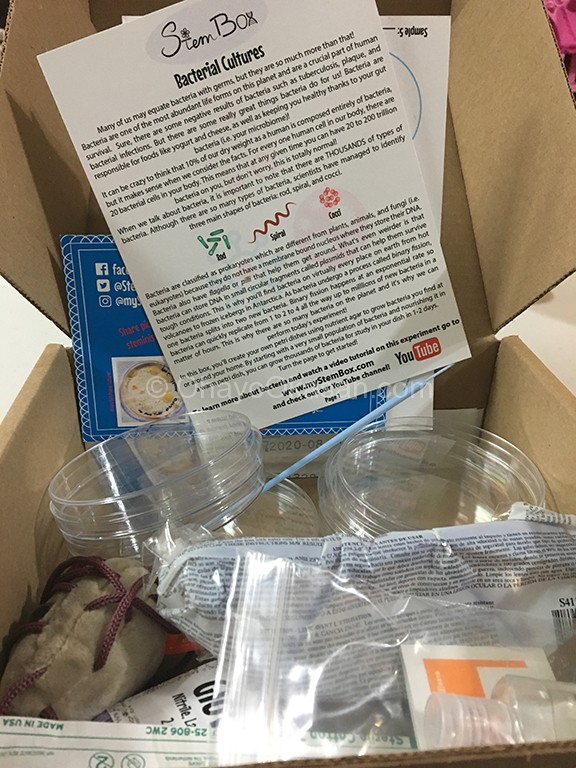 Bacteria Stem Box..
Sadly, the instructions weren’t completely followed here. I had set Sisi to do this thinking she’d be okay solo at 13 and… well, she didn’t realize (and I hadn’t realized) that the agar gel hadn’t fully set in all the cups before she put on her swab samples to see what would grow. Only two grew much of anything, but they looked pretty similar with white splotches.

Two of these set. We’ll be doing it again. 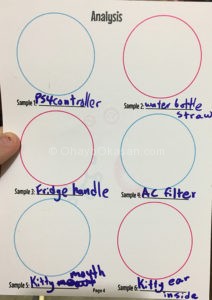 This is what Sisi swabbed. Don’t worry, we’ll try again! ♥

We plan to try this experiment again soon. I really want to see what all pops up if things go well. 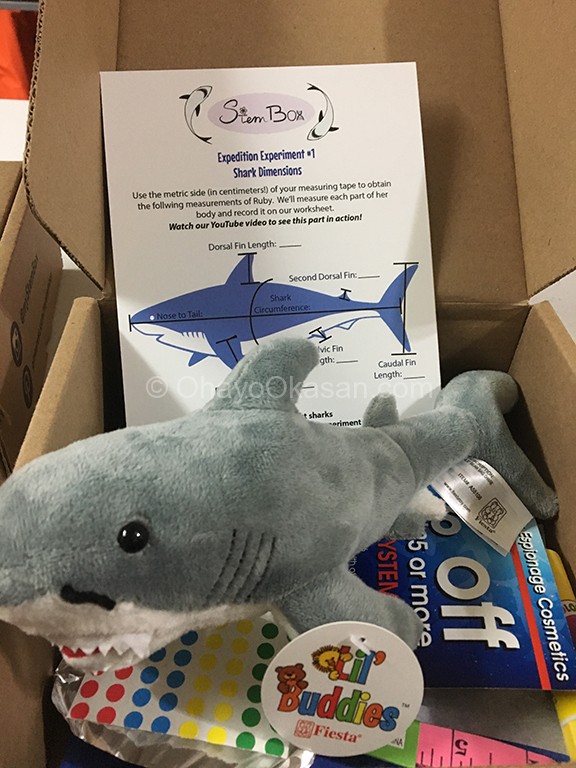 Risi enjoyed getting to “measure” the shark box shark plush. Granted, she didn’t want me to hold the measuring tape so we didn’t exactly get accurate measurements. Still, I went through the motions, but didn’t really get pics as there was a bit of chaos. Still cute. 😉 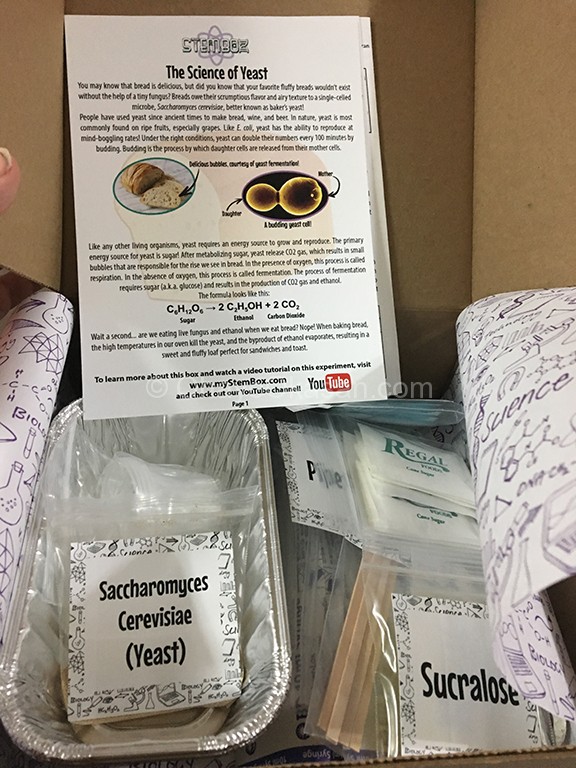 The Yeast box is pretty cool (to me!) and Lisi was excited. Granted, she didn’t read the directions with enough comprehension, and I had read them too but we’d both flubbed. Sisi and Lisi had both decided “let’s do science kits at like 10PM in the summer and mom is tired.” >.> Thankfully Lisi’s was easy to redo after the tiny flub. So far she’s only gotten to experiment 1, but that’s okay. That’s enough to say that this is a super fun box! Experiment 1 has you see which sugar water substance (water only, water and sucralose, water and sugar, water and I’ve gotten the last one..) react with yeast the most. It was fun to see 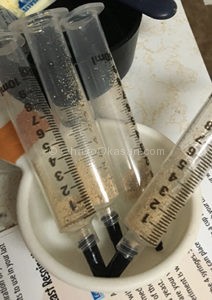 Yeast in Syringes pictured above… 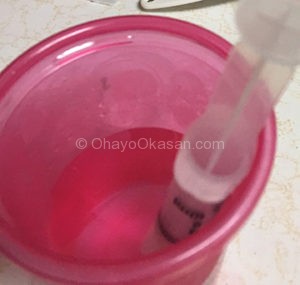 Then we had to have the syringes with the plungers in them sit in warm water, that’s after we put in a certain amount of the water/sweetener mixture. So we could see how they reacted.

Now below I was so tired that I forgot to make sure to label them before I took pictures. Also one of the pictures I didn’t realize came out awful as heck until I was getting ready to edit pictures. 🙁 By then it was days later and we’d already cleaned out the syringes. Shootle!

I hope the layout of the pictures isn’t awful. Also the one that isn’t shown is the water only control syringe. Which really didn’t raise very far at all. The hingest one you see on here is sugar.

The next experiment consists of making bread, we haven’t really gotten to that one yet. Summer days have been busier than I anticipated, and I’m still working around life with one bathroom and handymen in and out of the house. Still, I know that I’ve taken a bit too long to get this review up and I’m sorry..

Now for a giveaway!

The awesome founder of Stem Box is allowing me to hold a giveaway for a 3 month subscription!!

All you have to do is enter via the Rafflecopter below! US only 18+ please. Facebook, Instagram and any other social network are not involved in this giveaway prize other than by means of using them as intended social media. Thank you. ♥

This giveaway ends at the end of July! ♥ Good luck and thank you so much for entering and sharing the giveaway!