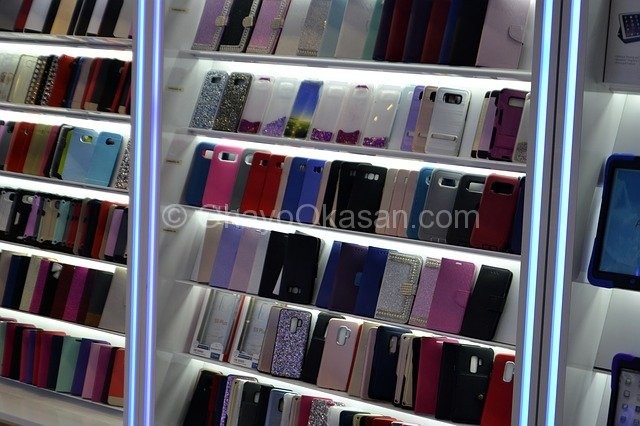 For all the many years I’ve had a cell phone, I’ve actually only ever broken one of them. It was a cheap free phone included on my plan and it fell out of my hand while taking a picture and just shattered the glass. Since then I haven’t had a problem, and I’m on my 3rd iPhone during that time. I tend to wait awhile before upgrading, as mobile phones are expensive. Since I’ve been so lucky over the years, having phones that have survived kids infancies and their repeated dropping. It isn’t even that I’ve had a designer phone case, or even one meant to take a bit more roughness and keep your phone safe. The rough and protective ones are ones Lisi needs, as she has the accidental tendency of her phone dropping once and the

I’ve gotta say, I’m surprised I finally broke the screen of one! Granted it’s not too bad, but it’d become a bit of a running joke in the house that no matter what happened, my iPhone could survive it.

I mean, I’ve seen countless people with mobile phones whose screens that are cracked or badly broken, but I’d been so lucky. My iPhone even survived flying out of the case and sliding 5 ft across someone’s driveway when during that accident I broke my left ankle and broke a chunk off my right knee cap! Yet the phone was fine? I knew I needed a new phone case after all this time, mine cost $3 at Daiso after all, but I hadn’t really worried too much about it. Until now, when my poor phone now needs a screen replacement. Too bad I didn’t buy accident protection or a warranty eh?

So now I need to search for a pretty case for once I fix the screen on my iPhone, there are so many different looks out there!

Should I go with a designer phone case? Should I give in and get something that’s meant to take all the falls and accidents that will inevitably happen to my phone? With my health condition there are times where my hands lose the ability to grip well enough and I’ll accidentally drop whatever it is I’m holding.

I’ve got a lot to think about, but I also wonder, is it because the newer the phone the more companies want the phones to be able to break? Why was my iPhone 6s okay, but my iPhone 7 broke? Then again like I said it did survive the incident where I broke myself and couldn’t do anything for 2 months! So who knows what goes into it in the end? Pure luck?

I hope what I can find is a mixture of protection and function for my phone case. My current one is a cute little wallet type one, and while the part that holds the phone is what’s broken, I really want something very similar. Yet I want the phone not to fly out if I swing my arm or if I fall again. Also, I like being able to dramatically slap the front part of the wallet case closed after I’m done on a phone call and I’m being sassy. It’s almost as satisfying as hanging up an old phone or snapping shut an old flip phone in a way. It makes me a little nostalgic and just feels, right, after having this one case for over a year now. I was lucky that the 7 fits in it just like my 6s had.

What do you recommend as far as phone cases go? I’d love suggestions that meet protecting but still wallet type and cute is totally preferable!