Whew guys! I know I’ve been so quiet lately, and I still appreciate everyone who visits my blog even when I’m tired and slow at updating this time of year.

Trying to survive the end of the school year – with state testing, final tests, and “please just do the work so you don’t fail this class!” really takes its toll that’s for sure. Add in all the other stuff that comes with people leaving school, navigating the dating scene, friendship drama and the like and.. man… I thought it got easier as kids got older.

Well, in some ways it has. When you have a kiddo with ADHD and ODD though, there’s a lot of general immaturity and moments that make you want to go “you’re not five! Stop acting like your baby sister!” Okay, I’ve said that more than once. He’s turning 14 though and acts like he can’t do so many things. It’s a mess.

His teachers in younger years told me “oh, he’ll mellow out as he gets older.” Yeah, in some ways he has a little bit (I don’t have to worry about him being violent as much as I used to..) but at the same time he acts like he’s entitled to everything anyone else has and the general attitude makes me a bit.. sick. Though on a positive note, this is the first year he did something unprompted for me for my birthday, he drew me a picture. :3 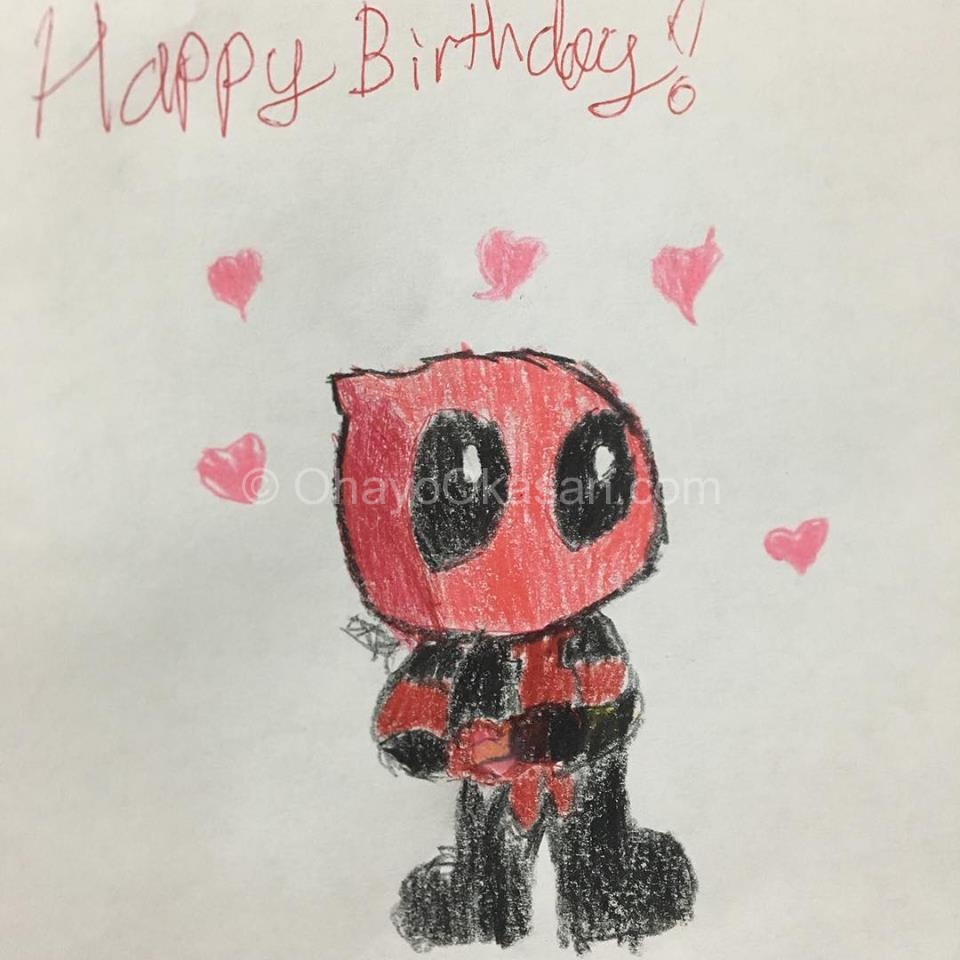 I was also lucky enough to get a drawing from Lisi.. 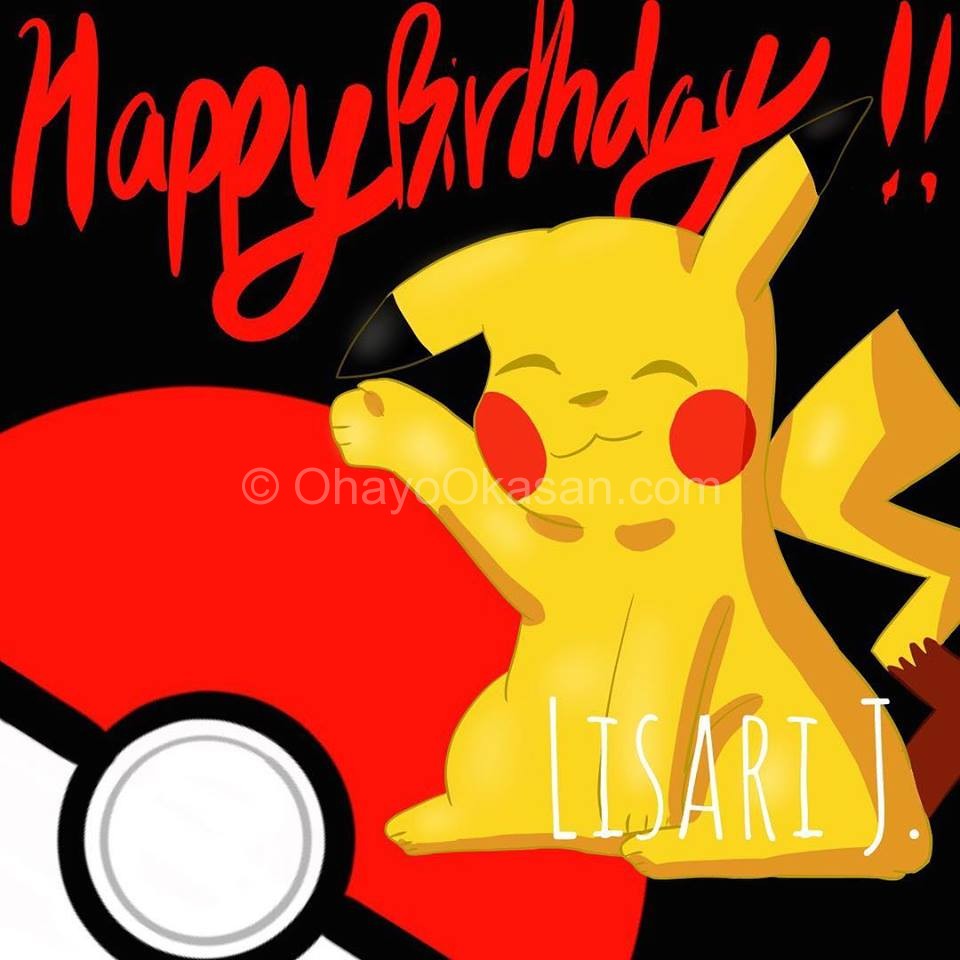 and one from Sisi! 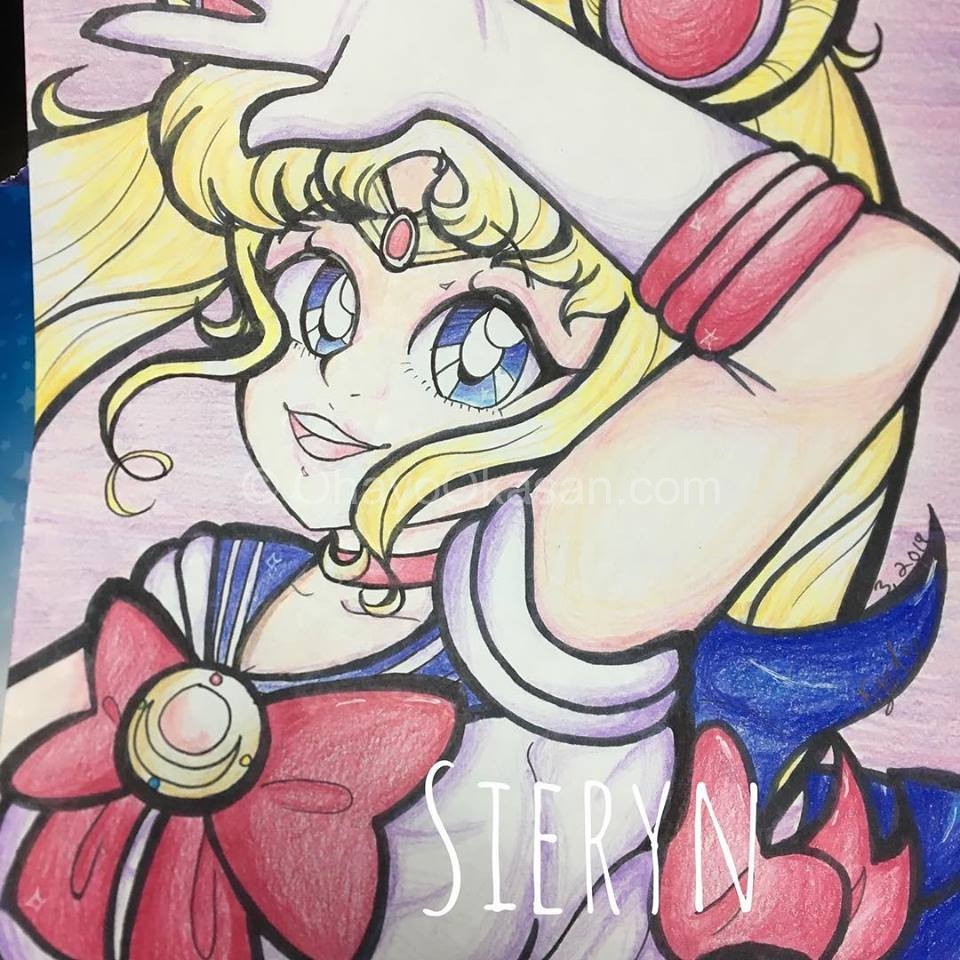 Kat got me a shirt and Risi drew me a picture as well, but.. I’m not sure where it is right this second. Yikes!

So far I already one kid graduated (last year), one finishing up 10th, one finishing 8th, and one finishing 7th. Plus… I have to get Risi actually enrolled in Kindergarten for next year. With all her drama and theatrics (she cries about everything and has major meltdowns but the doctors just put it off as “being the youngest”) I just hope she’ll survive a school year.

I’m thankful I won’t have to worry about the morning hustle and bustle, but worried about two of them having to spend a week at a time at my ex’s house. They’re so unhappy to go, I’m not going to sugar coat it.. one feels sick every time they go and even their counselor things having to go for a week is not a good idea.

On a happier note, we’ve got 12 days before our vacation! Aussie was supposed to go… but some work problems meant that he suddenly can’t get the time off, and the deposit for the place we’re going is non-refundable.. and Kat got the time off work (unpaid..) so.. I don’t know. I’ll have to get him to take time off later and take him and Risiel on a vacation for a few days. I’m not sure how else to balance life when it throws such curves to be honest.

I hope summer brings some fun adventures, good weather, calm, and… some days of getting to sleep-in without worrying that someone might be late to school.

Do you have any plans for the summer? Has the school year ended where you are?