One thing I don’t super love about the house we’re renting now is the lack of a good place outside to just hang out or be. We have a tiny porch that has a bit of a leaky roof and isn’t big enough to put some nice seating on to sit while Risi plays outside. So, I decided I’d want a lovely deck on my eventual dream home, I’ve even plotted out my dream home and adjusted it over the years while playing Sims 3. I also tend to build whatever house I’m living in at the time too, dunno why. It’s just kinda fun to do for me?

So with my eventual dream home I want so many things, including a deck area to have some nice outdoor furniture! I know not every house comes with a deck, heck lots of them don’t I’m sure. So in the end that probably means I have to look into building a deck myself, or getting one built for me. Of course before it even gets to that point I have to figure out the design or at least a basic idea of the design for a deck I’d want.

On top of that, I’d have to think about the deck material I’d want, in what color too. I don’t think I’d want to go with real wood, as it seems like it has a lot of upkeep, and I do rather like the idea of composite decking. I’d want one that holds up against UV rays, comes in good colors, and doesn’t need a lot of work. I’ve got enough to do to have another thing to maintain, even if I want a deck. XD 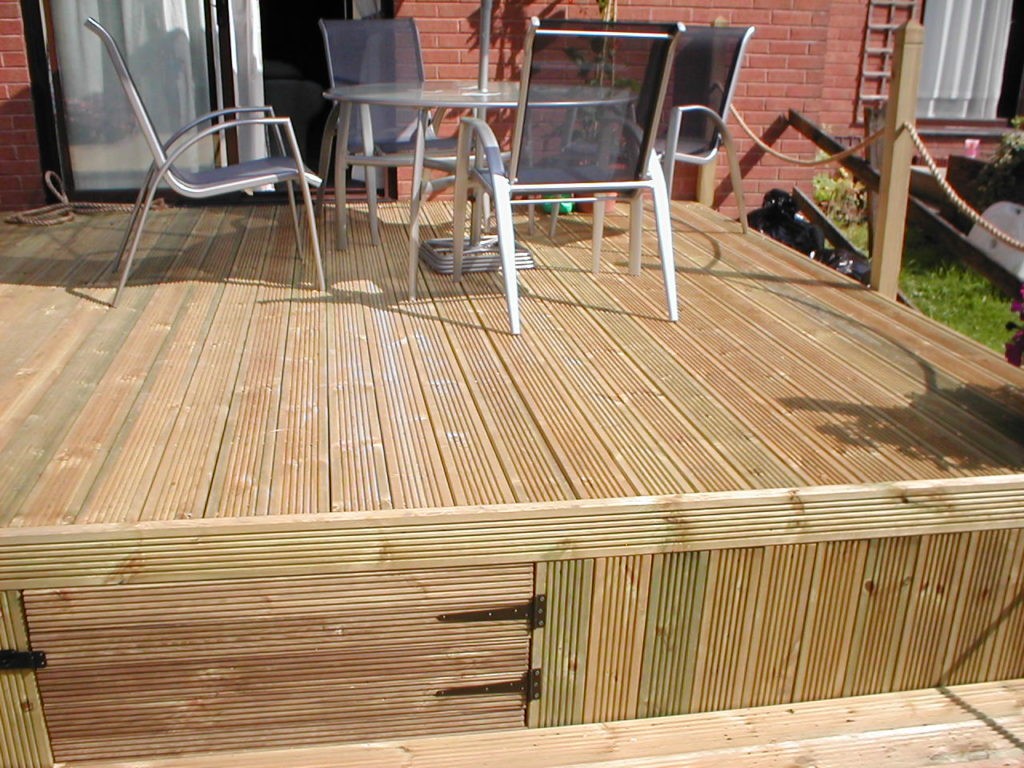 I love the look of this deck, specifically the little storage under it and all! I’d want a deck with rails better than the rope though, I like the look of more fence type railing for decks and I wouldn’t want such a light color personally. I’d want a relatively large deck, and potentially even a wrap around porch that might just go to the deck as well. I’d want a sliding glass door leading out of the house onto the deck, and… if I could ever swing it I’d want a pool too.

Of course, this dream house with amazing deck and all that jazz is not going to be here in Idaho where the weather is too crummy to have an outside pool for far too much of the year. I’d be perfect in a warmer climate though, unless of course the deck is covered and the pool has it’s own separate little building you could access from the deck? surely that’s a thing right?

Yeah, I have to admit I have some pretty lofty dreams with it comes to what I really want when it comes to the exterior home improvements I’d want for this house (if I bought it maybe? I dunno… ) or whatever house I manage to buy someday.

A deck, a good porch, a pool, some trees perfect for climbing, maybe an apple tree if I could manage to actually get one to grow well enough?

Do you have a deck on your house? What exterior home improvements or just general things would you love on your dream house? Let me know in the comments below, I love to hear from you!