I received a bottle of Nature’s Miracle Oxy Pet Stain and Odor Remover from Chewy.com in exchange for my honest review. 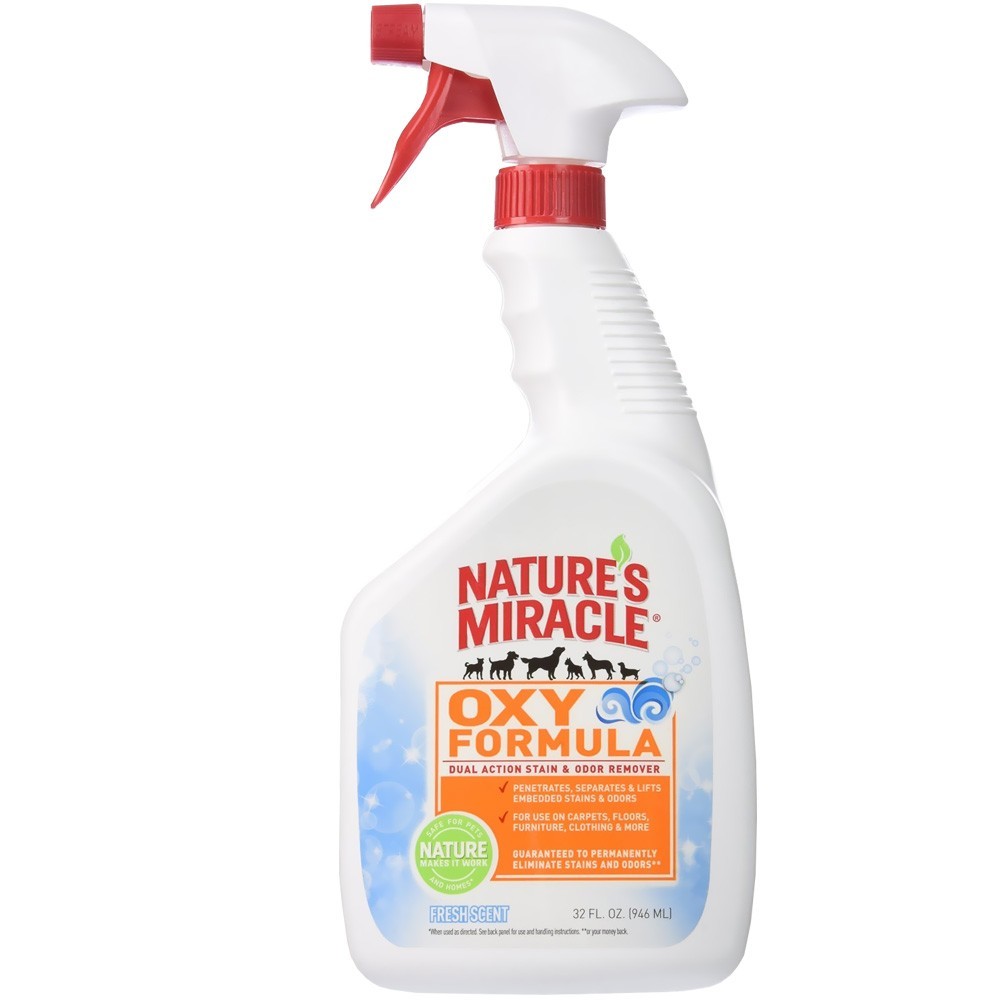 As you guys know we have a lot of cats. One problem that comes with cats is, even if they’re all spayed/neutered there can be some territorial issues. This has been a bigger problem as the number of strays in the area has increased and they go around outside our house trying to mark their territory when, for a long time now, it’s only been our cats territory.

Unfortunately… that means that a few of our cats have been spraying near windows and doors to try and mark the house as theirs. It stinks. I know it’s not pee, being it smells different and they use the litter boxes just fine. We have one littler box per cat, plus one extra. So.. that’s a lot of cat litter, a lot of scooping and a lot of trying to keep the cats happy.

Right now all I can really do it clean up after the messes the best I can and try and keep the cats happy and unstressed.

One of the best products I’ve found to clean up these messes has actually been Nature’s Miracle. Which I used to order on another site but it kept coming leaking and once an entire bottle was broken and the box was soaked when it was put on my doorstep. It was a huge annoying hassle to deal with. Thankfully I  haven’t had that problem getting Nature’s Miracle Oxy Pet Stain & Odor Remover Fresh Scent from Chewy!

Chewy offers auto ship to save an extra 5% on your order, on top of having free 1-2 day shipping over $49. Which, considering how much cat food, sand and toys we purchase is really easy to hit.

Overall I really like this cleaner, but I do see that Nature’s Miracle has a No More Marking variety that I haven’t tried just yet. So I need to get to that, at least it’s worth a shot right?

For now, this one works rather well to curb remarking in certain spots. Aside from ones where the cats are more likely to see a few of the strays that are just making them annoyed. *sigh*

What do you use to help deter your cats from attempting to mark their territory? All of the cats are fixed, so it’s not that. Plus it’s been a behavioral problem I can’t seem to curb in a couple of them in particular. I almost feel like I need to throw away a bit of our stuff as maybe some of the clutter might have something to do with the behavior.