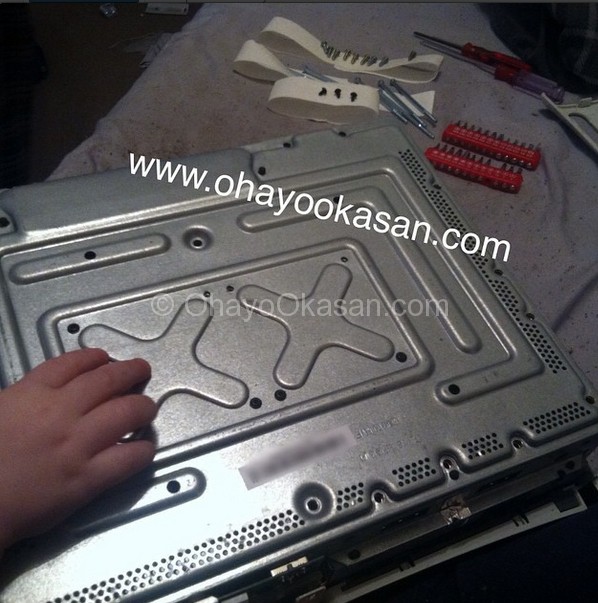 The laser stopped reading disks, and the door was sticking too much. I had hoped that a good cleaning would have worked, but it didn’t. Really at first we thought it was a certain game of ours, but it ended up being more than just a single disk. Darn, so I had to cancel the game order and buy a replacement DVD Drive.

In order to use a replacement DVD drive in an XBOX 360, you either need to flash the firmware, or do what I did and that was taking the main-board out of the original DVD drive, and putting it into the new drive. Why? Because each the original drive has a certain key in it that is unique to that XBOX and it will ONLY run that way unless you do the firmware flashing.

Yeah, that’s pretty annoying. I didn’t want to bother with doing the XBOX 360 Firmware flashing, because really to me it was far easier to just take out my soldering iron and switch around the boards! 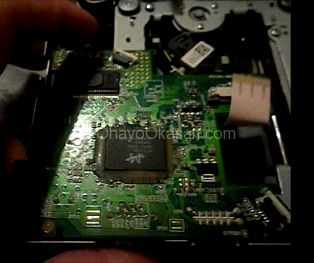 I Would have to say that the absolute WORST part of the entire repair process for me would have to be taking the plastic housing off of the system itself. Why? Because unless you have a specific tool (I don’t) it’s kind of a PITA. It can be done, but I also managed to cut myself in the process of doing it for the 4th time.

Yep, I took our XBOX 360 apart four times. I took it apart once, cleaned everything in the original drive and then got it all back together. Tried it, since it still didn’t work I took it apart again and rechecked that everything was together right. Hmm, yes it was, so I re-cleaned a few things and tried to make sure everything else was fine.

Upon getting our replacement drive I had to take it apart again, and then replaced the drive after fixing everything else. Lo and behold I didn’t get one of the ribbon cables put in tight enough meaning that it was having an error. Take the XBOX 360 apart AGAIN and re-situated the cable and voila! All done!

I made a video of the process of replacing the main-board in the DVD drive. But I have to edit it and put it all together. 🙂

I am happy to report that the kiddos now have a fully functional XBOX 360 and all I had to spend was the $30ish for the replacement drive. 🙂