Board games are okay. I would sat fun, but to be hones there are very few of them that I consider fun. Regular monopoly takes too long, and other than that I prefer simple ones. Though I do enjoy scrabble! Does that count? 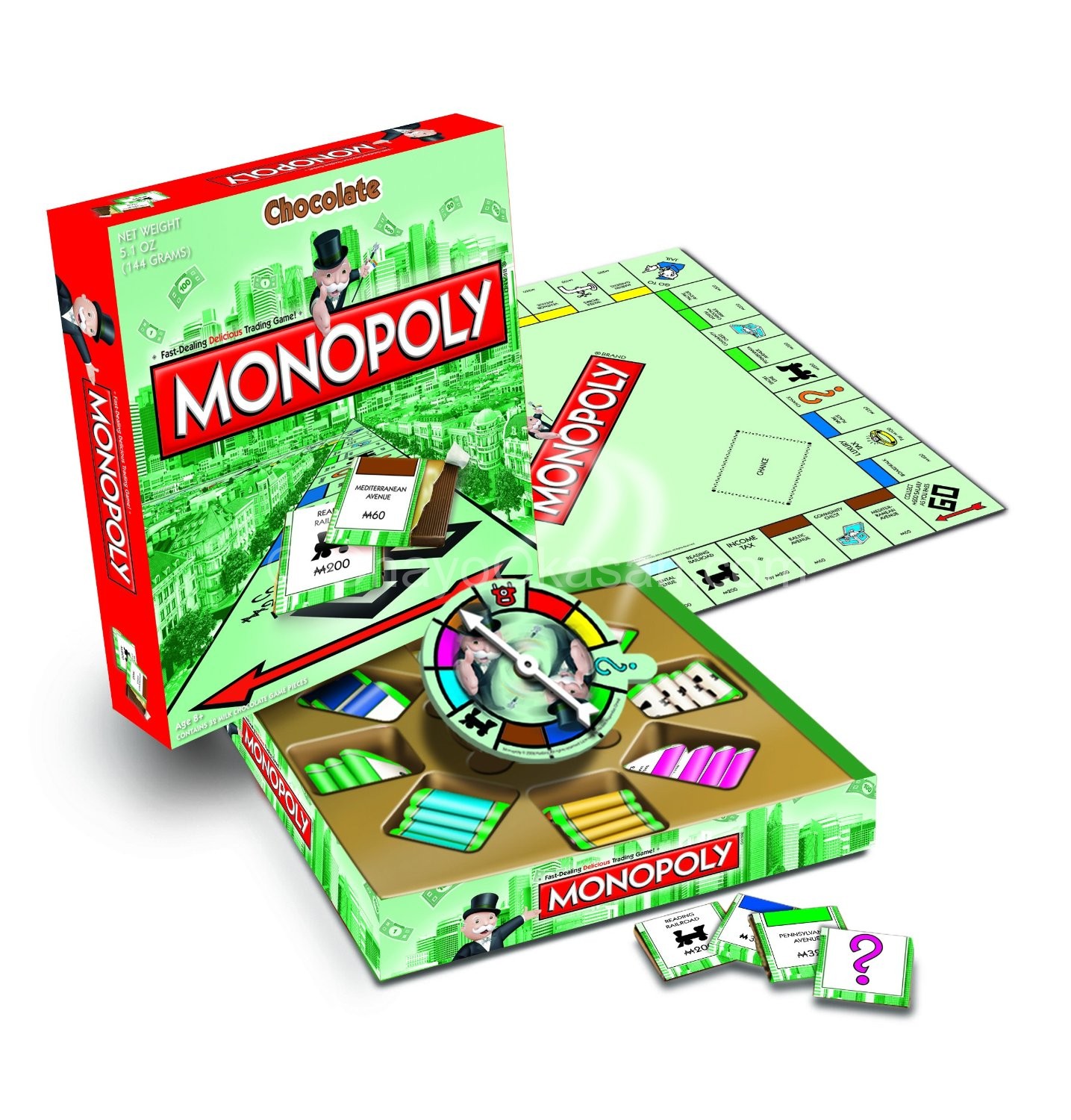 Var and I played Chocolate Monopoly, and unlike real Monopoly it doesn’t take 3+ hours and make everyone hate each other in the end. >.> Man…. Monopoly can get totally brutal! ahem We actually had a pretty good time of it, though in the end I actually just gave him about half of the chocolates, and split the other half with the girls! 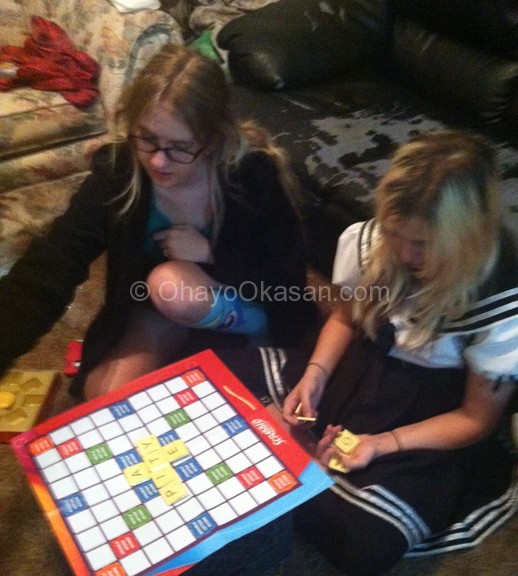 Kat and Sis took their turn playing a few rounds of Chocolate Scrabble, why a few rounds? Well why not? It’s more fun to play more than once than just once and then eat the chocolate! 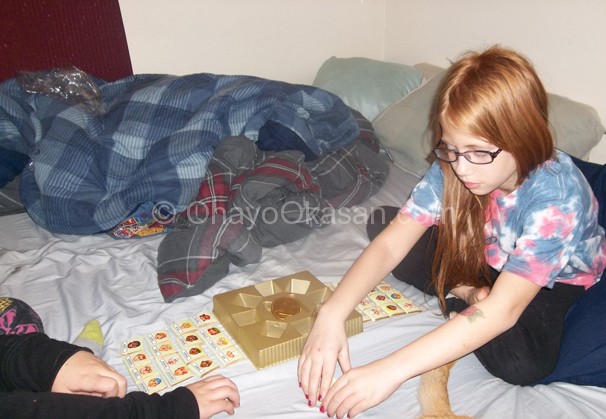 Lisi ended up playing Chocolate Guess Who? with her friend K, who I didn’t want to picture without express permission from her mom. Nor do I use any friends real names! The girls played a few games of the game, before splitting the chocolates evenly between them, and having me break the gold winners coin in half so they each got a fair share. Sigh So sweet! 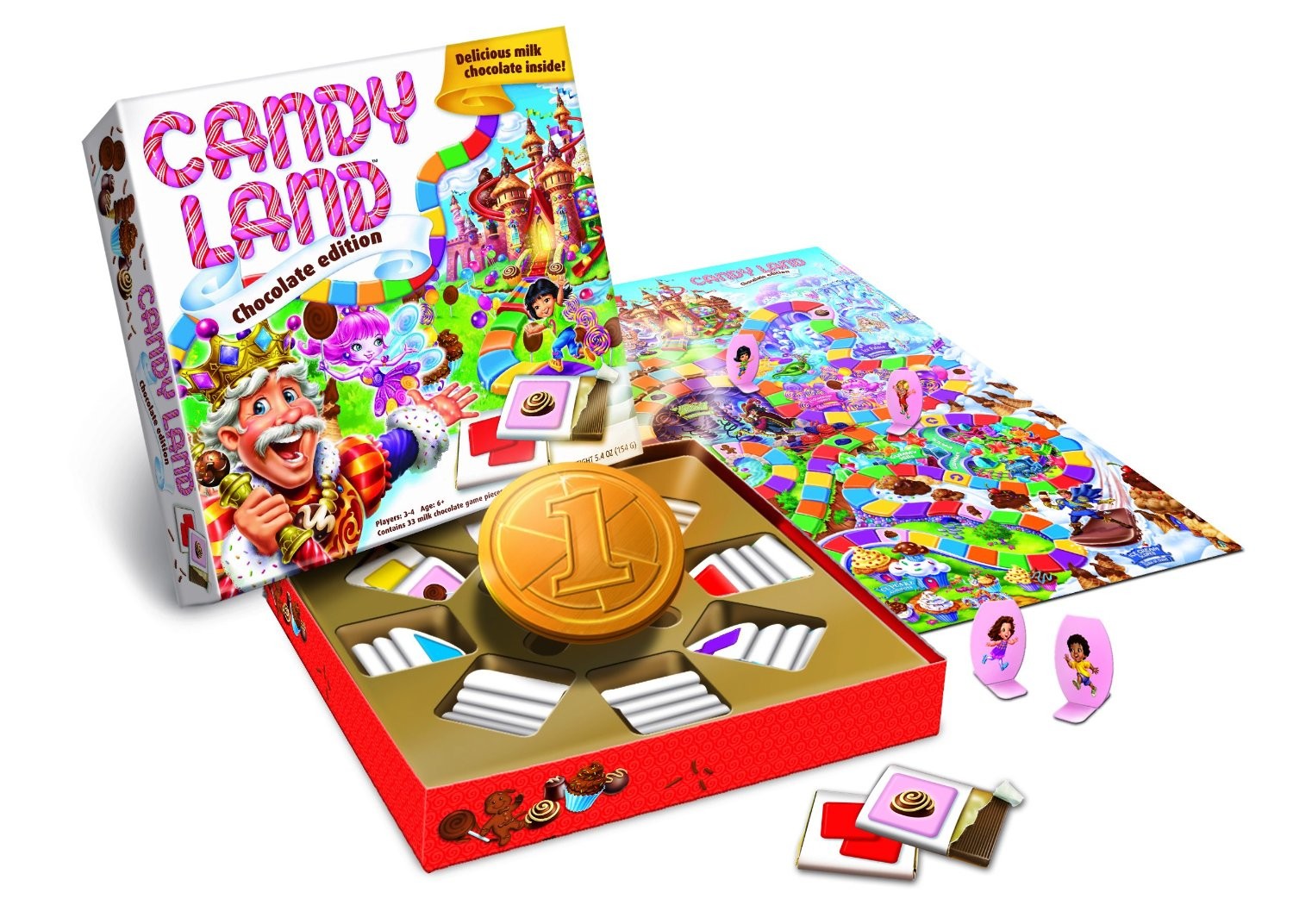 Lis and Var played Chocolate Candy Land before I got to take a picture of it. @_@;; Thankfully they enjoyed themselves, and were sweet enough to allow Risi a couple squares of chocolate when they’re finished.

We’ve actually played Chocolate Monopoly before when I saw it at a store before Christmas. These games make awesome presents for siblings or friends, as they’re fun to play together and then eat! They’re a cute little novelty item, just be aware that once the chocolate is gone… it’s kind of a bummer. However if you laminate the board (which is a thick paper, not a decent board..) and buy chocolates and just use the actual game piece sections of the wrappers (laminate those too!) you can play again and again. 🙂

This little lady will be 7 next month. How the tim

I have to get the labs I’m avoiding because othe

@oreo thank you for the #proudparent campaign! As

My boyfriend left his jacket with me. It’s been

The photos are awkward at times, since they’re j