One thing I’ve owed Kat for awhile now has been time just sitting together and doing some craft or another. I get so easily wrapped up in everything I have to do here and there that I rarely take the time to just do something one on one lately. I hate that I do that too, because I don’t want the kids to feel like I don’t want to be around them. You know?

A bit ago we decided we’d sit down together and take the time to just make things with Sculpey. She’s a million times better at it than I am, because her big birthday present from me was 45ish (maybe more, maybe less) colors of Sculpey!!  She had bought herself a pack of different colors before, and seemed to enjoy working with it so much that I figured it was a good idea.

I was right, it really was a good idea. She’s made some really amazing things for us. She’s made me a mermaid, a dragon and a jelly fish girl! I will have to show all of those in a post later all about her awesome Sculpey creations!

Anyway… it was her friend K’s birthday (she turned 15!) and since Kat was going to make her something, I figured that was a good time for me to actually sit down and make something with her like we’d been talking about. So.. since K’s nickname here is Dragon, because she likes dragons, I went ahead and made her a sculpey dragon! Her favorite colors are Silver and Gold, but she also likes Blue.

I’ve never done anything like this before, so there are a lot of points I don’t 100% love… but… yanno.. what’re you gonna do? It’s my first attempt.

I used nail art gems for the eyes and the gems on the tail. 🙂 Silver Sculpey is pretty awesome! But I almost used half a 2oz package just to make the dragon. @_@;;

So, what do you think? 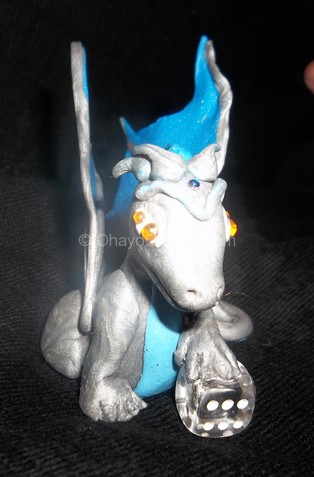 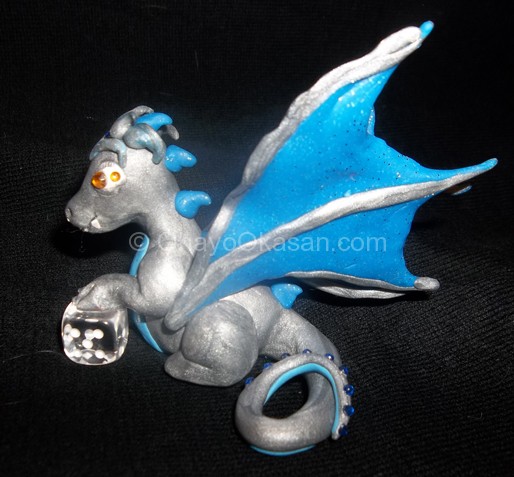 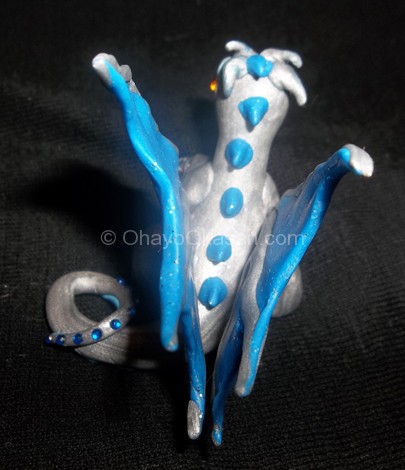 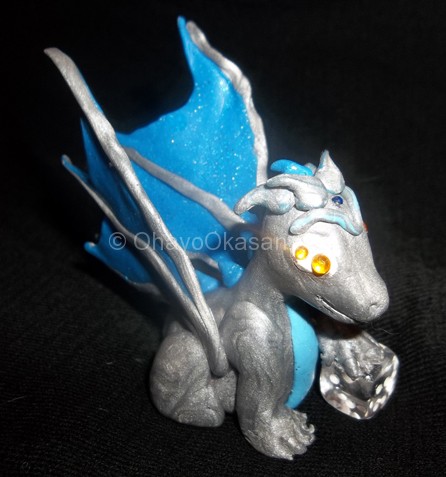 Weekly appointment for this cutey. Can you believ