Disclaimer: This is a sponsored post, meaning compensation was gained in posting of this article. 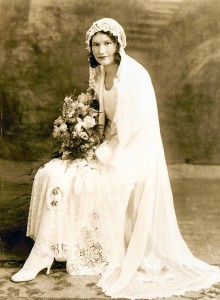 It takes careful process and a lot of life stages before a woman finally defines herself of who she truly is. She’s going to tackle roadblocks, childbirth and divorces one at a time. She’s going to make sure she has a trademark womens fragrance and her signature dish when the love of her life comes home.

Women’s defining moments come unplanned, but when that moment happens, you know she’s finally there welcoming her true self.

1. She dresses only for herself. Gone are the days when she puts on her makeup and sprays a well-treasured branded womens fragrance whenever she’s going out on a date. A woman finally defines herself when she doesn’t need anyone else’s opinion about her clothes. It doesn’t matter if she’s a size 0 or size 12, as long as she feels good in what she wears. She won’t care if you find it odd that she still wears her trusty pair of Converse even when she’s 40 or if she still adores that turtle neck literally from the 80’s.

2. She doesn’t get offended when people ask her about her age. Instead, she’s proud that for the length of years she has been living, she has accomplished more than what she’s hoped and dreamed for. Compliment her on how she raised her kids, not on the weight she’s gained over the years. She’s exercising not because she wants to flaunt her body but because she wants to keep herself healthy to be with her family for a long time. 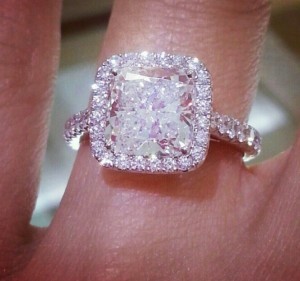 3. Call her an old maid but you won’t stop her from achieving her spot in the biggest industries in the world. Microsoft, Google, Apple – she can probably rule them all. She doesn’t need a Cartier engagement ring just so she’d feel validated. She doesn’t need a man to make her fulfilled. She wants a man just because. She might feel lonely at times but she won’t feel any pressure stumbling upon a man who’s going to be her equal.

4. She also has a say when it comes to relationships. Cheat on her once and it’s over. She might be a bitch but this is one tough girl who’d stand up and show some balls. Yes, she’ll cry when she’s on her own but she’ll never waste one more day running after an ill-mannered boy.

5. She can get a man’s job done without breaking a nail. What a man can do, she can do, too. If she needs a bulb changed, she’ll stand on a table and replace it herself. She’s not shy of changing her own tires when an automobile emergency hits the road. She installs her own programs, software, and other devices on her computer without you nagging her about technical stuff she won’t understand.

6. She’s a traveler, with or without companion. She understands that self-growth isn’t contained in the money-making business. True richness comes from dropping your responsibilities for a bit, expanding your horizon and embracing a different culture from yours. She’s defined herself when she’s the woman whom she could no longer recognize but proud of.