Disclaimer: We received the following products for free in order for us to give an honest review. All opinions expressed are those of the people mentioned below in the post, aside from what is quoted, which of course comes from the company! 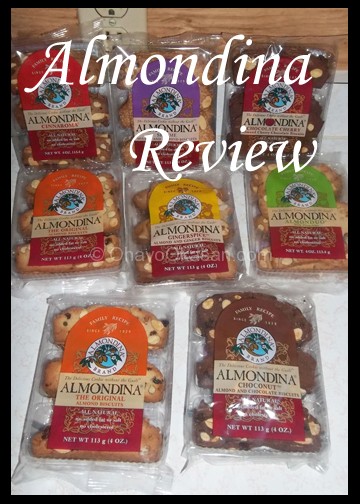 Almondina® – The Delicious Cookie Without the Guilt, this all-natural, crispy almond cookie has no cholesterol and no added fat, salt, or preservatives and has only 30 calories. The Almondina story is terrific & heartwarming.

Almondina reached out to me recently to see if I wanted to review their line of crispy cookie/biscuits. I figured, why not? I am trying to eat better and if this cookie lives up to being delicious and satisfying with only 30 calories per one. Why not?

Sadly, most of ours were broken in transit, so I was offering lots of random pieces to people for the taste testing.

In the quote below, I’m bolding the flavors we were given to try. As we weren’t given everything Almondina offers. Which is a bummer, as I would have loved to try the ones dipped in chocolate!!

Almondina are unique – a gourmet cookie, health food and snack, all in one. These extraordinary gourmet treats are created from Yuval Zaliouk’s secret family recipe which has been passed down from generation to generation and was introduced to the market in 1989. It is wonderfully crunchy and does not have to be dipped. It is a delightful accompaniment for coffee, tea, soft cheeses and fine light wines.

Almondina® biscuits in the following flavors:

· Original – America’s all natural favorite with almonds and raisins

with plump cherries to produce an irresistible, decadent treat without guilt.

· AnniversaryT – Award winning delight with a touch of anise

· Chocolate Dipped – the Original® dipped in the finest, pure, rich dark chocolate was

Now right off the bat I have to mention that Kat didn’t like any of these. She tried three of the flavors and didn’t like a single one. To her they lacked flavor and the texture just wasn’t good.

Here is what the rest of us thought! 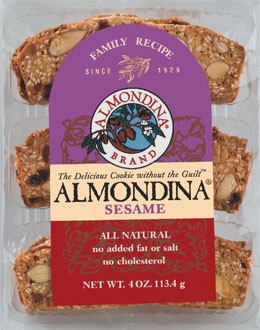 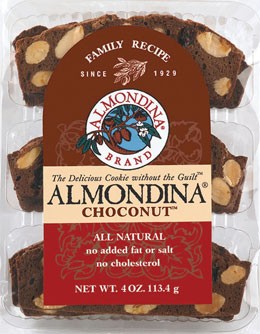 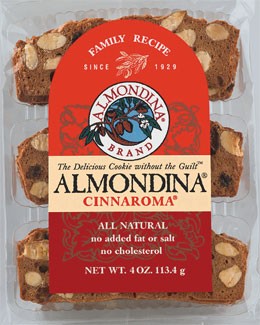 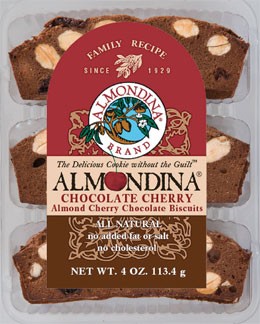 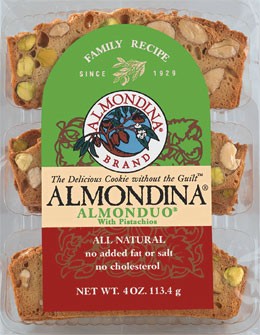 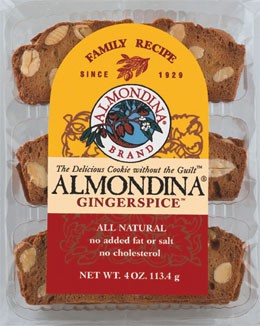 At this point the kids were pretty sampled out. So it really came down to just what Cid and I thought. I love ginger in Chinese food and other dishes, but I wasn’t sure about in a cookie. It seemed too spicy for that, but I gave them an honest try anyway. 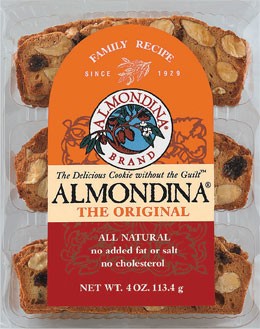 Yep, I saved the original for last because I wanted to see what the other flavors would be like. I went for what was closet and just worked in random order too. So for the original…

Overall we really did like these. I think Cid is going to eat the rest of the Gingerspice cookies! He says ‘if he was more snobby’ he could recommend which types of coffee to drink with them. That caused me a little giggle.

I personally would eat the Almonduo and Original with my favorite coffee. Which is a blended iced mocha of course! Maybe they’d be good dipped in a hot coffee?

Have you tried Almondina cookies at all yet? If given the chance, would you?

Disclaimer: We received the above mentioned products in order to facilitate our review, however this in no way influenced our opinions.