I’ve been quiet the past few days as life has just really gotten ahead of me and has caused me to be just severely stressed out. I’m having trouble just staying afloat emotionally and have considered more than once just running off. I know I can’t do that, but my gut reaction says ‘screw all this’ and to get away from everything. 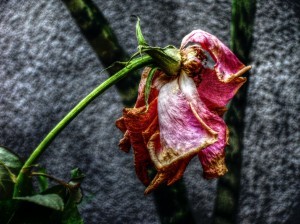 My son Var, as I have mentioned in the past, has ODD. Which is Oppositional Defiance Disorder. They took away the label of ADHD after very specialized tests with a child psychology specialist, but the ODD diagnosis still stands.

The following information is from WebMD, because they can explain things better than I can right now.

What Are the Symptoms of Oppositional Defiant Disorder?

Symptoms of ODD may include:

In addition, many children with ODD are moody, easily frustrated, and have a low self-esteem. They also sometimes may abuse drugs and alcohol.

See everything in bold above? Aside from the header I mean. That is my day to day. That is what Var does. The thing is, with Var I used to not treat him any different than the girls. By that I mean all three of them. I had the same expectations, rules, and all of that for all of the children.

But for him, NONE of that works. He requires 300% more patience than the girls do. A simple task requires wording things just so, or an “If you don’t/do this, then (this) will happen.” type statement just to get things done without him yelling, screaming, or melting down into a massive tantrum over something so simple as brushing his teeth before bed.

There is no medication to help ODD either. Therapy did jack crap for the year and a half we went, and PSR has had an impact when it comes to public outings and all that… but it’s been very slow. I am going to be looking into getting him into therapy again, but hoping that they can really push on the behaviors from his ODD and not just treat him like he’s a bratty child.

Var’s dads idea of fixing him is forcing him to move in with him, away from his sisters and me. Because that will automatically make things better, even though Var has had issues there when his dad is paying attention.

They say to have the problems addressed when they first appear. But guess what I was told by parents, teachers and DOCTORS alike?! “He’s just a little boy, there’s  nothing wrong with him. He’ll be okay, he’s just immature”

Only to then turn around and act like I am the bad one for him having such issues. Because I can’t control when he decides he is going to scream at you because you told him to write his name on a piece of paper, or he wont stop making annoying little mouth noises. Though every damn morning before school I had a talk with him about appropriate places to make noises, where it was inappropriate to make noises, when to raise your hand, what a good volume level for your voice was, how to take a deep breath and think before saying something if your feelings were hurt.

No one understood. No friends, no family, his dad, the doctors. Not a damn person was on my side. He was just a pain in the ass and I should ‘just give him a spanking’ or try a ‘time out’ or ‘take away privileges.’ Guess what? I’ve been doing these things for years. I  have tried various different methods for periods at a time in hopes that SOMETHING works for us.

You know what he does when he gets a time out? He screams, this high-pitch, ear splitting, headache inducing, blood pressure raising, almost window shattering scream. Then he’ll kick, the floor, the wall, the door. You name it. For years all he could have in his room was his bed, bedding, and pillow. NOTHING else. Because he’d break toys, throw them against the wall, the window, you name it.

Though I told him time and time again that even in a time out you can go to the bathroom, he would go into his closet just to pee and poop. Yes, this has been my reality.

Thankfully he’s learned to go to the bathroom NOT in the damned closet, but now he thinks he can get away with going into the bathroom and staying in there to avoid a time out. So I have to guard the door, listen for him to actually go, finish, flush, all that jazz. So he can be escorted to his room.

If you tell him no to a question, he will try and reword it over and over in various different angles to see if he can maybe, just maybe get his way.

You know who is also like this? His dad.

One of the things that was horrible about my marriage to his dad was that everything was an argument. I was never right and he would do the same damn arguing tactic to just wear me down. Over and over and over. I finally stopped giving a damn when my ex-husband does it, and I’ve started telling Var that “the answer is no, stop asking in different ways. No is no, that is that.” Which gets me yelled at.

I don’t love him.

I’m the meanest ever.

I never let him do anything.

I’m always so rude, so nasty, so mean.

It’s always us that is at fault. I don’t know what to do. Is his dad right? Do I just give up after 8 1/2 years. Since he doesn’t seem to want to respect any of us? I am trying, so hard. Every day. Just ignore the rudeness, the meanness, praise him for being nice, for doing something kind. Give clear instructions with clear actions that will happen if he does or doesn’t comply with a request.

A lot of time holding our breath to not say anything or lose our cool as he throws his fit going up the stairs to a time out. Or throws a fit because he doesn’t want to do his homework, that he knows very well how to do.

To not give in and take away a punishment that was reasonable.

But to remember to talk to him and apologize for the times that, because we are human, we will get angry and react with an unreasonable punishment for whatever he has done.

You know what else?

His PSR worker has decided he needs another worker.

Great. After all this time he’s quitting on him too. His former PSR worker moved on to a different job just suddenly, his first counselor just decided to up and leave the practice with no warning, and now he’s losing another worker because the worker doesn’t know how to handle him enough. :/

On top of it all, every time the kids (Var, Sis and Kat) come back from ex-h’s house. Var’s behavior is even worse than it was before. It days 4-6 days just to bounce back to understanding the expectations of home.

Because unlike what goes on there. I do pay attention. I’m not just going to be playing video games and screaming at them.

But he seems to think I suddenly wont notice when he breaks rules that have been long established? *sigh*

I feel lost and alone in all of it. It’s such a stressful thing, and I worry that someday… he’ll be even worse. Someday he’ll do something and land himself in trouble.

Trouble that I can’t and wont bail him out of. He knows that if he breaks a law, and gets in big trouble for it. We can’t come running to his rescue. We can’t because he needs to accept the consequences for his actions.

It’s the same for all my kids. If you do something and end up in jail for it. Then I can’t come running to your rescue, for your sake. I can’t take away the consequences of their actions.

I can only do my best, and hope beyond hope. That they’ll stay out of trouble.

I love them, more than myself even. But sometimes. I feel just beyond myself and want to call it quits.