A story about a time you were very afraid. 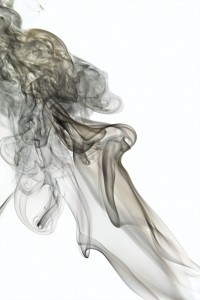 Sorry about the picture, I am not really sure what to use to really convey this story well. It’s hard to find a good picture of “ghost” and even harder to find one of “ghost cats.”

Of course I have been scared about other things in life, but I figured I would talk about my haunted bedroom when I was a child.

See, the first house we’d ever lived in was haunted. My bedroom in particular. I found out years later that before we had lived there, a couple had lived there with a little girl. One night they’d left her alone and the house was broken into, the burglar ended up killing the little girl. At least according to the story I heard. I don’t know if it’s true, but I know for sure the house was haunted.

The main ghost I remember was the little girl, even if she wasn’t there for the reason mentioned above. She was there.

She took things and they’d reappear later in random places. Like Sperm-donors favorite coffee mug would disappear, he’d be raging mad and tear the house apart for it, and weeks later it would for some random reason end up in his battery drawer! Which was the large drawer at the bottom of our entertainment stand at the time. That drawer had been opened and gone through in the original searches for the mug, and had been used many times to take batteries in and out of before the mug suddenly ended up in there.

She hid more than just coffee mugs of course. She also had a habit of playing with my toys in the middle of the night. My rocking horse would rock and I’d wake up to it rocking hard and going across the room slowly yet surely. My toys would be cleaned up and put away when I’d leave the house but I’d come home to many of them being taken out.

She even seemed to follow us on our birthday parties. We’d see a dark splotch on our video tapes from parties that we really couldn’t explain.

She also had a habit of opening the crawl space to under the house in my closet. No matter what SD did, it always ended up reopening. Nails, cement, you name it that square just wouldn’t stay shut!

Now, one of the times he attempted to shut it was right before we went on some vacation. Little did we know that one of our pregnant cats had gotten in there when it was opened, and was therefore sealed in. She gave birth to her kittens, and subsequently died down there.

That was when the actual scary haunting started happening in my bedroom! Ghost cats, a good 8-10 of them would come out of my closet, moewing and hissing as they climbed up on my bed and would scratch at me. I didn’t get any physical scratches but it was scary as heck to a little girl! You’ll have to remember that at this time I was maybe 7 years old.

This happened only a few times before my mom and SD finally moved me out of that room and started using it as storage. Thankfully the ghost cats didn’t follow me, because they were creepy as all get out!

Despite them and the ghost girl, I do actually miss that house… and all the bunnies that used to live in our back yard.

I’d love to hear about it!

I hate getting older, but I do like cake. #birthda