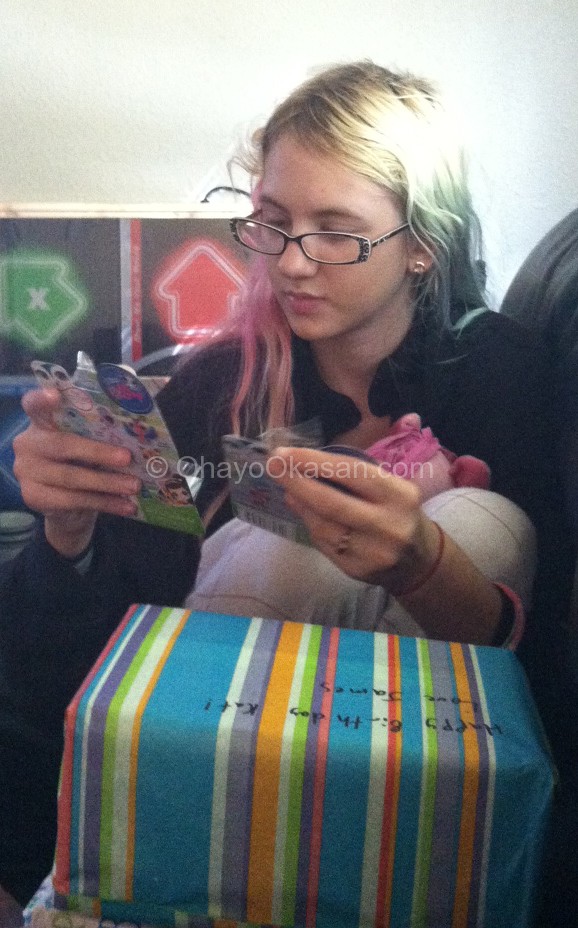 I think I confused people with my Wordless Wednesday posting a couple of pics from Sisi and Kat together. We didn’t end up celebrating their birthdays at the same time at all, I was just not sure what to do for a WW other than that! ^_^; 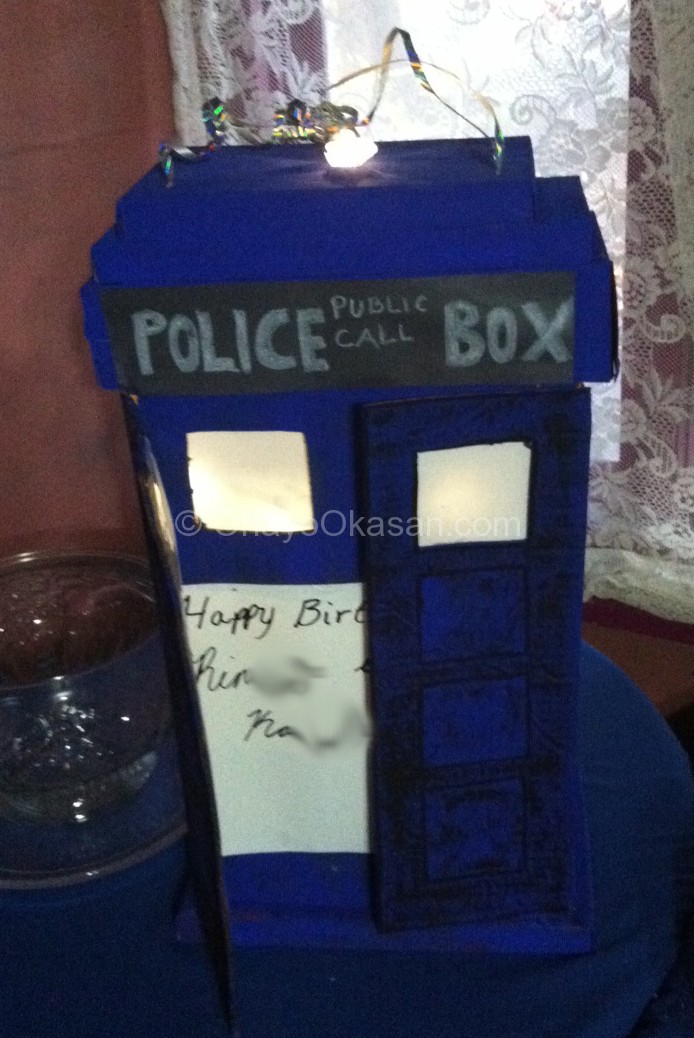 Tardis Pinata by my sister, this was from Kat and Rin’s joint party at my parents’ house.

Sisi had her birthday party at an indoor water park, with Chinese buffet for dinner. Kat had a day where we did her birthday cake and presents (the week before her birthday), then had ice cream a couple of days later (yay for stuff having to be shuffled around), then we had a family party (with grandparents, my sister and my niece who turned 6 the same day Kat turned 13!)  the day after her actual birthday, and just this past Sunday (so September 22nd) we did our actual family (people who live in the house only) plans!

Whew! So, because we couldn’t really afford $230 to take everything to the fair and do a dinner, we decided to just buy a bunch of tokens from Chuck E Cheese over in the Spokane Valley (in WA state, and we seriously need a CEC here in CDA!) and then a sushi dinner.

Sadly it seems we should have just gone to the arcade at Triple Play up in Hayden (Idaho) instead of CEC because the games were mostly boring, but we got a good deal on tokens and the girls ended up getting a joint prize (err by that I mean Sisi and Kat) and a few small things for themselves. They had a good time despite it being pretty much hellishly packed when we got there.

Dinner was probably the best part by far, but only because it was yummy sushi and Japanese food. What’s not to love about that? 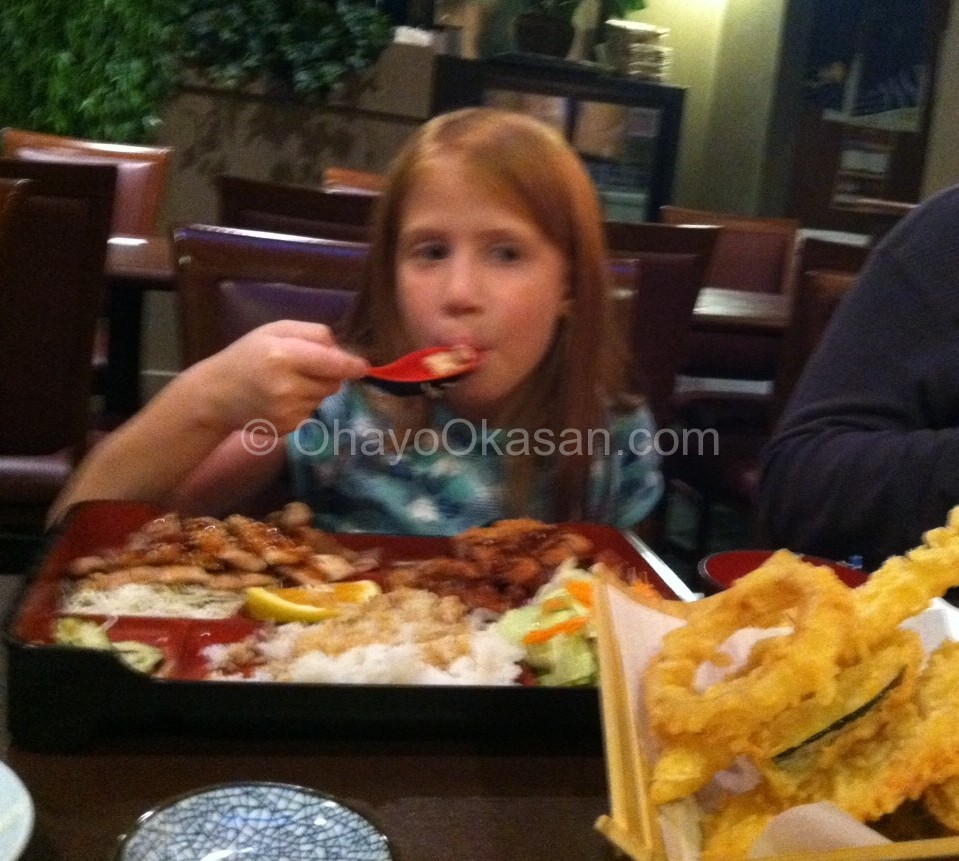 The above is Lisi enjoying the ‘pick two’ dinner from the restaurant we went to. She decided on Tonkatsu and Teriyaki chicken, it came with huge helpings of each and she didn’t finish them all! The Tempura you see in the foreground is from the Tempura Udon that Sis and Kat ordered to share (I told them it was going to be huge, and it was.)

This is called a Dragon Roll, and was finished off in no time by Cid. It looked really yummy, and I wish I could get my hands on the insanely long tempura shrimp this restaurant can get!! 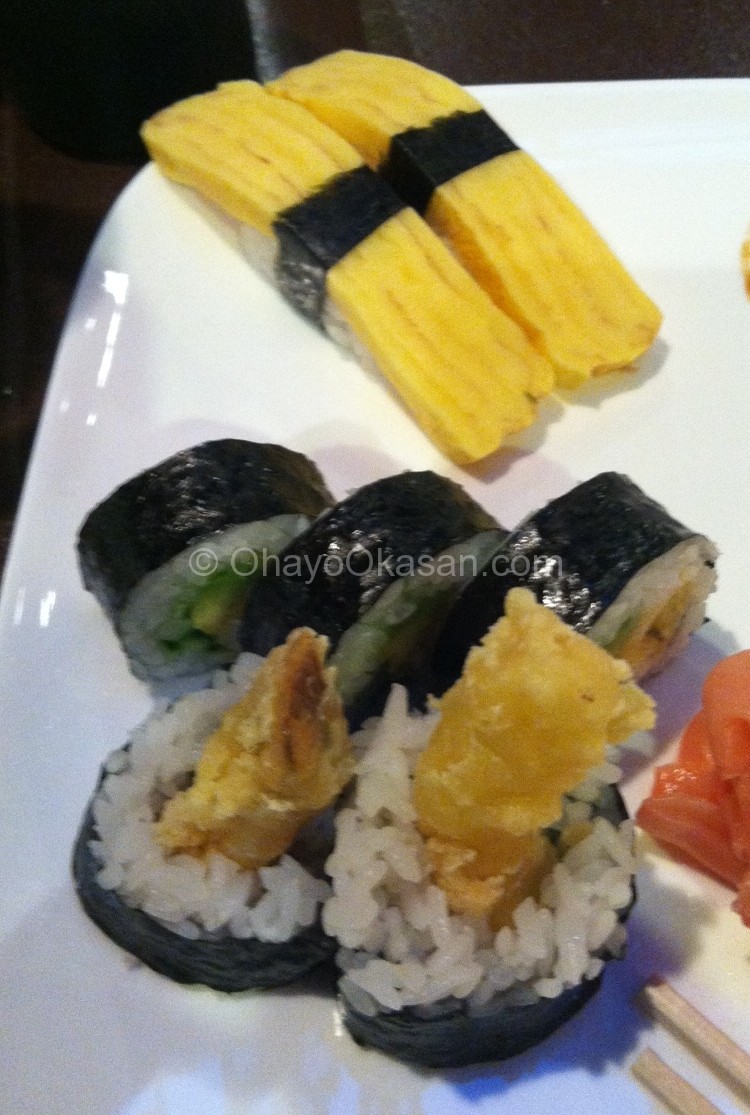 This is my sushi! Tamgo Nigiri and a Tempura Shrimp roll. Var got the same thing, but it’s hard to see him in any of the pics I got from my seat because he was on the right hand side of Kat, who is super tall, and I was on the right. Oh, he also got some Ebi (shrimp) sushi as well. 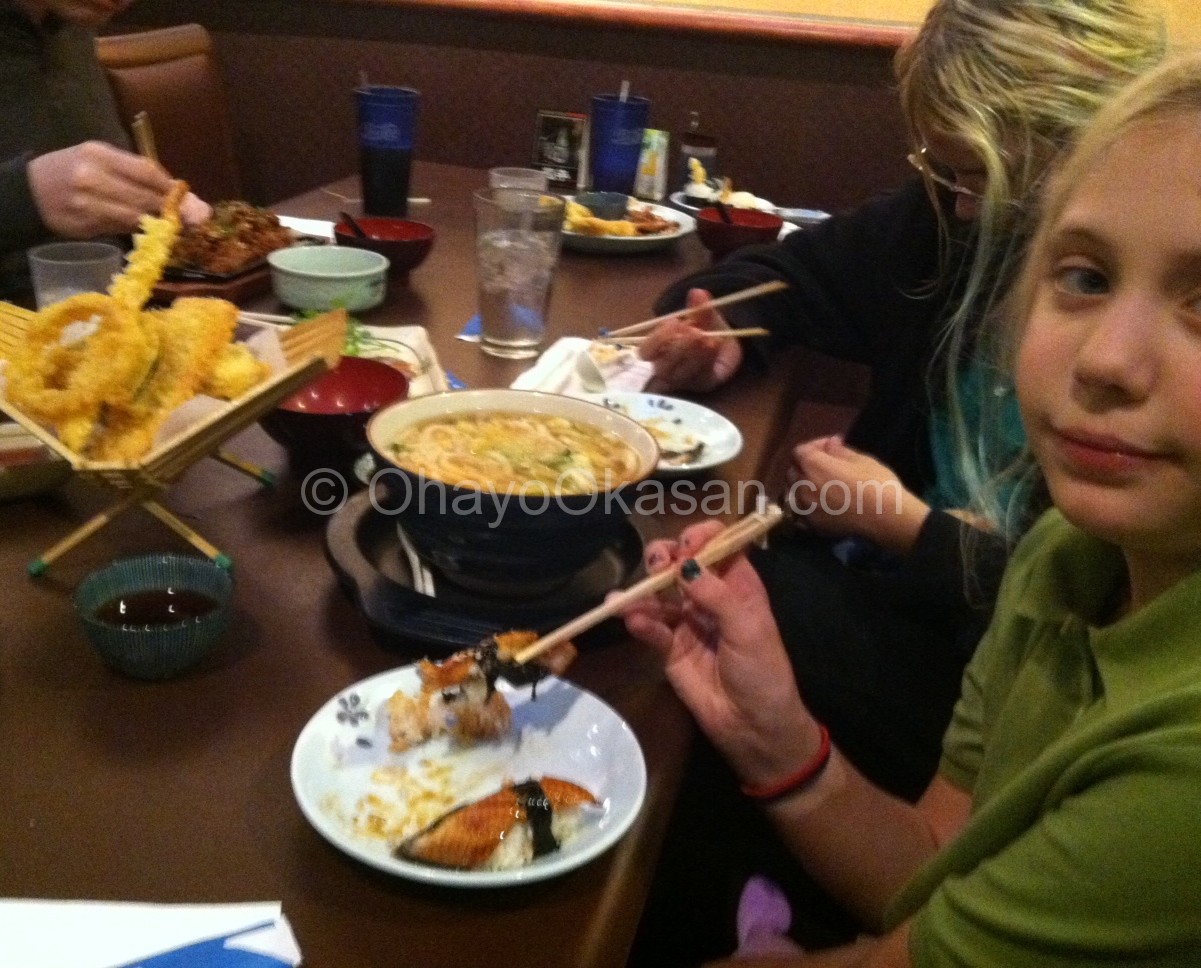 Sisi was a little annoyed that I wanted to get a picture when she wanted to eat her Unagi (eel), they’d already finished off their Tako (Octopus) by the time I snapped a picture. :/ You can see Var’s plates in the background, and of course Kat hiding her face from my camera. See the giant bowl of Udon?? Wow! They couldn’t even end up finishing it all!

I have videos on my phone of Kat and Sisi singing Karaoke together at my parents’ place, but sadly I promised I wouldn’t share them. It was great to hear Kat sing again (she’s turned all shy pre-teen and then teen on me these past couple of years), and it was nice to see Sisi sing too of course.

No more kiddo birthdays for a bit now, whew. I need to learn to save for them instead of just trying to balance the budget close to birthdays. >.>