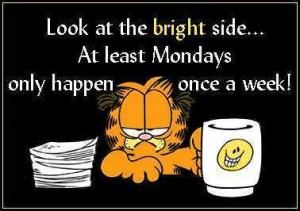 I am the worst mother ever. Of all time…

Sometimes, that is really how I feel. I am sure such a thought is common among moms. More so after mornings that don’t always go as well as you had hoped they would. The morning started fine enough really, everyone was up and had breakfast before we even had to leave. Well before it really. I got in a shower, and could make sure that everyone was dressed without feeling stressed.

Then it happened. The kids were playing angry birds with their plushies and various boxes and things to try and kill their piggies. I called out “by the time I’m  out there, let’s have any messes from the game picked up so the floor isn’t all messed up after the work your sister and I put into it this weekend.”

You know what I came out to? The mess not having been moved, and even more of a mess because the kids had decided that they absolutely allowed to eat their rice candy from the Asian market over in Spokane, without even asking. Wrappers and candy were on the floor, the mess from their plushied game of angry birds wasn’t touched and I just. Lost my cool.

Get this candy right now! Throw away these wrappers, clean up this game because I do not appreciate the work put into cleaning this up not being respected! What is rule 5?? “Clean up after yourself” The kids answered. Which prompted me to lecture; So why doesn’t ANYONE follow this rule? The rules are right there, this rule hasn’t changed!

I was a dragon of a mom this morning, and I always feel ashamed of myself when I lose my cool. Of course the lecture continued after I got the kids in the van. I had to give Var his poster for being special person after scraping ice off of the windows of the van. I tried to be more calm after that, but shortly after turning the van on and starting to drive he says “There’s only a little pictures on this” in a voice that sounded like he was not at all thrilled with what I’d done for him. You know, after completing my own homework and other things I had to do.

“Look I had to do it at 1am, after my own homework, and after everything else this weekend. You could at LEAST say thank you for me putting work into this for you, I really feel crappy when my hard work is just put down right away like this!” I apologized for yelling of course, but really, I am not super-woman, I did my best with what pictures I actually have printed, I used scrapbooking supplies, and prettied up this poster that is just going to sit on a classroom door for a couple of days to the best of my ability at 1 am!

From there, it went into a lecture on how if the house rules don’t start getting followed I am going to take things away. Cable gone, netflix gone, Wii gone, PS2 gone, DVD player gone, Pikachu N64 gone, DS-lites all gone, Computer use aside from homework. Gone. Because really, I’m so tired of our ten simple rules not to be followed, even to a certain extent.

Of course from there, I remembered homework. Ohhhh homework. The assignment Kat had due on January 10th but I didn’t find out about until a progress report mentioned that she’d get a D in class if she didn’t turn it in. By February 10th! I know I need to remember she’s only 11, she’s only 11, she’s only 11. But at the same time, she’s brilliant and usually so darn good with her homework! But I demanded she bring it home and get to work on finishing it up.

If she doesn’t finish it by the 8th, she’ll lose her DS for a week. Even though she hasn’t touched it much lately, she’s just been pouring over book after book instead of doing homework. *sighing* I know it’s great that she’s reading, but she’s been reading since she was super tiny. It’s just seeing her possibly about to fail a class (AP reading none the less!) because of one assignment, really just frustrates me to no end. 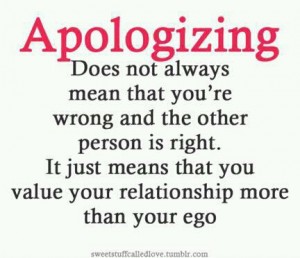 I apologized to each of them for getting all lecture crazy and yelly right in the morning. 9:55AM is not the time to be that riled up. I also hate when I get that tissy at them and can’t just fully understand them and their quirks. I push myself to keep to my impossibly high standards, but don’t want to put that type of quirk on them. You know? I drive myself crazy sometimes in my crazy need to be as great as everything I try as possible. Even if it means working like crazy to keep my GPA at a 4.0, even if my therapist says I should relax my standards and just go with the flow.

Dear Mondays, I really really want to love you.

I really do! I look forward to dancing in class today, I can burn out some of my stress of the morning in just a little bit of time.

I still plan on trying to enforce the house rules better than has been going on here.

On a far lighter note, it’s much easier to calm down when you have this playing:

The voice is just so peaceful and sweet. It’s pretty impossible to be angry with such a music box like song playing over and over again. So soothing and I feel much better now. Time to go print up sticker-charts that encourage rules to be followed. @_@